The beauty of fiction is that when it’s done right, it is timeless. Think of books ranging from Shakespeare’s Hamlet, to Raymond Chandler’s hard-boiled noir novels. Both writers are coming from very different worlds, yet their works contain a human element that transcends their eras.

Science fiction writers including Philip K. Dick, Ursula LeGuin, Octavia Butler, and Ray Bradbury also transcend not only their genres, but the times in which they lived and wrote.

Another writer to add to that list would be Arthur C. Clarke. I started reading him early, but somehow I missed Rendezvous With Rama.

This book is brilliant in the sense that although it was written in the early 1970s, it reads pretty fresh to someone living in 2015. What it lacks is the modern trend for hyper plotting (yes, there is too much of a good thing, in my view). What contains is a blueprint for hard sci-fi done right.

The basic plot: in 2131, an erratic asteroid is detected by astronomers, This asteroid, named Rama, turns out to be not an asteroid but a spacecraft of some sort. The manned ship Endeavour, helmed by Bill Norton, is sent to approach Rama with the intent of studying it. What they find is an immense, mysterious craft, mind-bogglingly large and packed with unexplained features.

If there is one fault with Rendezvous With Rama, it would be that the characterizations are on the thin side. But Rama is the main character, not Bill Norton or his fellow explorers. And Clarke makes Rama shine. What he gives us is a beautiful portrayal of a ship waking up. Clarke deftly describes the many facets of Rama, always giving just enough information to keep the pages turning. 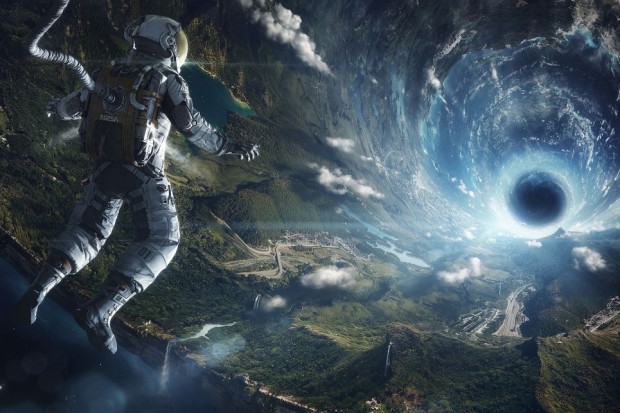 Surprisingly, Rendezvous With Rama doesn’t come off as dated in any significant sense. There’s ethnic diversity, though he never lingers long on any one character to develop this further.that seem even more ahead of our times. For instance, Clarke describes a stable three way marriage between two men and a woman.

Aside from rendering Rama beautifully, Clarke also shows us a human race that has colonized not only the moon and Mars, but also Mercury and the outer moons of Jupiter and Saturn. He explains these societies briefly, though complete enough to paint a vivid picture.

Rendezvous With Rama is simple in the best sense. It is a timeless adventure tale that will fill you with wonder. Check it out.