I’m a fan of supporting my local community, and that doesn’t just mean going to the local bars. I’ve become involved in my writing community here in Jersey City, and one of the 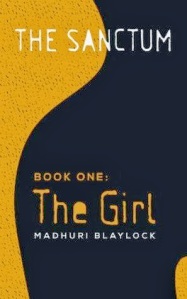 writers I’ve met is Madhuri Blaylock, a woman with a penchant for fantastical stories of page-turning urban paranormal fiction.

Her first book, The Sanctum: The Girl, follows our teenage hero Dev, a demon-angel hybrid. She’s targeted for death by a shadowy organization called the Sanctum, a worldwide group of families that monitors all the paranormal activity in our world. Dev, however, proves difficult to kill. Not only that, but she falls for one of he Sanctum’s best killers, Wyatt.

This was a fun book, full of relatable characters that ranged from stalwart best friends to seductive vampires, as well as

mustache-twirling villains I loved to hate.

Now Madhuri has released the second book in the trilogy, aptly titled The Sanctum: The Boy. Check it out, help me support my local community, and have some fun in the process.

I love this TV show, and I’ve read book 3 (mainly because I’m a sucker for spoilers) but I 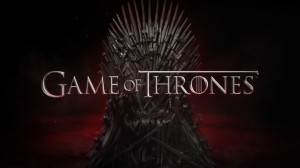 hesitated writing about Game of Thrones for two big reasons.

1) It’s more in the realm of fantasy (though with strong supernatural elements). I’ve never been big into fantasy — I struggled with the Lord of the Rings series.

2) Game of Thrones, both the print and TV versions, are deep and intricate. I don’t think my analysis, on an episode-by-episode basis, could do it justice.

Nevertheless I’m a big fan of all things Game of Thrones. I think it’s brilliant storytelling.

The show hooked me late in the first season, when Ned Stark, played by Sean Bean (the biggest name in the cast), met his fate. I knew then I was in for a wild and unpredictable ride.

On TV, the production values are excellent, the pacing is consistently solid, and the actors are all pros. My favorite, and I’m not alone in this, is Peter Dinklage’s Tyrion Lannister. Tyrion as played by Dinklage is the complicated heart of a complicated show. Catelyn Stark, played by Michelle Fairley, a woman who is smart and tough and willing to do whatever it takes to protect her family, is/was a close second. 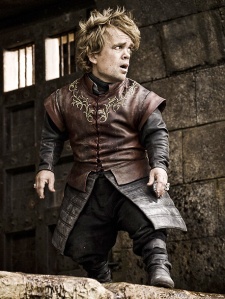 In the books, writer George RR Martin alternates character viewpoints as he bounces around the fictional world of Westeros and beyond — Daenerys, Jon Snow, Sansa Stark, Catelyn Stark, Jaime Lannister, and Tyrion Lannister. Each of these viewpoints is utterly unique and fully formed.

But neither book nor TV show is perfect. The books are rambling. No, I don’t need listings of every Ser who fought in a certain battle twenty years earlier. And the TV show revels in gore and violence to the point of overkill. One blogger commented that the show uses rape as a set piece. Okay, I get it — this world is brutal.

These are minor points. Game of Thrones is great entertainment. Very few moments in recent TV history can top when Daenerys ordered her dragon to burn the evil Kraznys.

And then there’s the infamous Red Wedding episode, where Catelyn, Robb and his pregnant wife weren’t treated very well by their hosts (huge understatement). Check out this link for some great reaction videos. 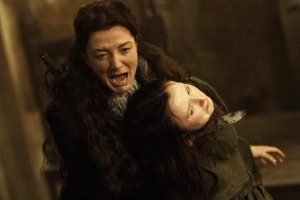 Watch/read Game of Thrones if you’re up for some excitement. And for great postgame reading, the best I’ve found on the Internet comes from the A.V. Club. Their website has intelligent commentary, with articles geared toward those who haven’t read the books and those who have.