Some sci-fi tropes seem too far-fetched for reality, until science catches up. Take the film Gattaca, starring Ethan Hawke, Uma Thurman and Jude Law, set in a world where genetically approved people were given a higher 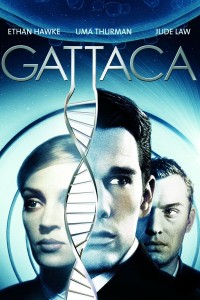 status. When the movie came out, the idea of designer babies was bizarre. How could such a thing be done, technically?

But now we’re on the verge of designer babies becoming a reality, and not everyone is eager for this to happen.

What do I mean by designer babies? Manipulating DNA to either enhance favorable qualities, or delete some bad genes though a process called gene editing. This could be good. Think of all the heritable diseases we could get rid of. Once we snip them from the gene pool, they’d be gone from that genetic line forever. An embryo that had its genes for a deadly disease extracted would never pass those genes on to future generations.

But there’s the flip side. What could we do to enhance humans? Super strength? Super intelligence? Evolution works by filtering out the bad traits and promoting the good traits. With this gene editing technique, we could make humans a whole lot better. Evolution put in the hands of man. Think of Star Trek and the genetically enhanced supervillain Khan.

And that’s what scientists are afraid of, so much so that they’re calling for a moratorium on using these amazing techniques on humans. I suppose their thinking is that if we can manipulate genes, we can create supermen, or monsters.

Personally, I don’t see the problem. Not right now, anyway. The truth is there is a whole hell of a lot we don’t know about the human genome. Scientists have not found a gene (or set of genes) that correlate with intelligence. There’s also the problem of junk DNA — strands of genes whose function scientists don’t understand. And also epigenetics: the strange phenomenon where environmental factors can change your genetics, and pass down these changes to your children and grandchildren. Right now we wouldn’t be able to do much with this gene-editing technology.

One thought on “Designer humans: the future is almost here”