This unexpected SyFy show proved to be worth the journey. 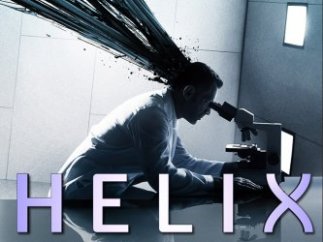 When I first saw the promos for the SyFy channel’s original series Helix I was intrigued. The premise: a group of CDC scientists travel to a remote arctic lab following a zombie-like outbreak. Initially what drew me were the zombies. What turned me off was the soap opera subplot: team leader Alan Farragut is joined by ex-wife Julia Walker, who slept with his brother Peter, who coincidentally is one of the infected.

It turns out I got it all wrong, and that was probably intentional on the part of the writers. (WARNING: spoilers ahead)

About the zombies. They were not zombies. By definition, zombies are the reanimated dead. Or, at the very least, they are not able to be cured, only destroyed. The writers kept us vague about the nature of the illness throughout, and once we saw the cure take effect, then I knew that these weren’t zombies. Instead they were a hive-like virus. Still damned scary. 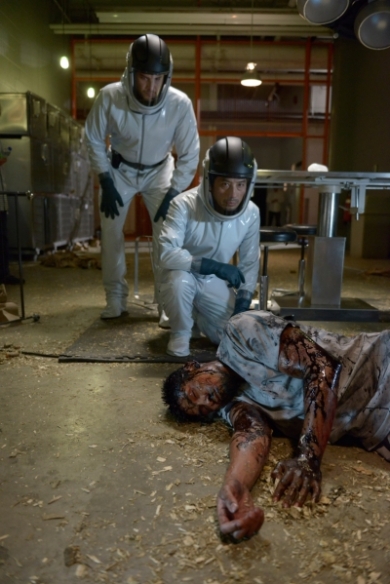 It turns out this whole zombie plot was nothing more than a MacGuffin. Simply put, a MacGuffin is a plot device that instigates the action, but in reality bears little importance to the story as a whole. One of the most famous MacGuffins is in Pulp Fiction. What was in that briefcase? We never knew, and its identity was irrelevant. Likewise, in Helix, the outbreak was a larger distraction from what the story was really about.

And what was it about? That’s hard to tell. On one level it was all about Julia Walker, the pouty, surly cheating scientist. She became the focal point of the storyline. And it worked. Julia was complex enough to be fully believable. She, along with Sergio Balleseros, a good/bad guy, were some of the more interesting characters in a show that suffered from weak characterizations.

Not only was Helix about Julia and her relationship with her estranged father Dr. Hatake, and missing mother (who showed up all too briefly), it was also about the cryptic Ilaria Corporation, which may not really be a corporation, but a collection of 500 immortals. It turns out that Ilaria, and not the outbreak, is the true focus of this show.

So what does any of this have to do with that viral outbreak in an arctic lab? I’m not entirely sure. They hinted at population control, but that doesn’t explain the hive-mind of the infected.

Too many questions. Previously I doubted Helix would be renewed. It looks like I was wrong. In 2015 these questions may be answered (or not).

In the meantime, kudos for the writers for crafting a tightly wound puzzle of a show. There were no flashbacks, each episode consisted of a single day, and it was filmed in such a tight, claustrophobic way to keep you hooked. And it was not afraid of science. It was well worth my time.