Mastodon. Can’t say enough about how great this metal band is. I’ve seen them live twice. 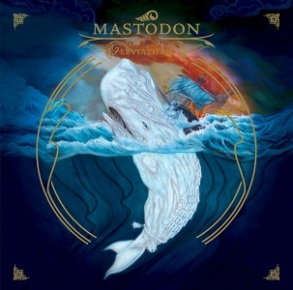 In 2004 they released their CD Leviathan. Reviewed in the New York Times of all places, this CD was a riff on Melville’s classic Moby Dick. Now, I tried, and failed to read this classic in college, but I like to think that listening to this CD kinda/sorta makes up for that. Maybe.

What this CD definitely did for me was help contribute to the writing of my book The Last Conquistador. I used several pieces, across a range of rock, as my own soundtrack while writing (and rewriting… and rewriting), and Mastodon’s Leviathan was a part of that.

Rodrigo, the Spanish conquistador-wannabe, is shipwrecked and then stranded in what is now the US south/southwest, among Indians who have had minimal/no contact with Europeans. From the storm that wrecks the ship, to the initial desperate days under constant threat of death, I pulled inspiration from the loud, chaotic and desperate melodies of Mastodon.