If I had a hundred lives and the corresponding years, I’d spend a chunk on space travel. Can you imagine the disorienting feeling of stepping foot on another planet? I can’t but I would like to.

Mars is one of the planets on that list. Well, there aren’t that many viable options right now. Venus is a hot mess, Saturn and Jupiter are too gassy, and who would ever want to go to a place named Uranus? Mars is the best bet of a bad lot. But it is dry and barren. As it turns out, it might not always have been the case for the Red Planet. 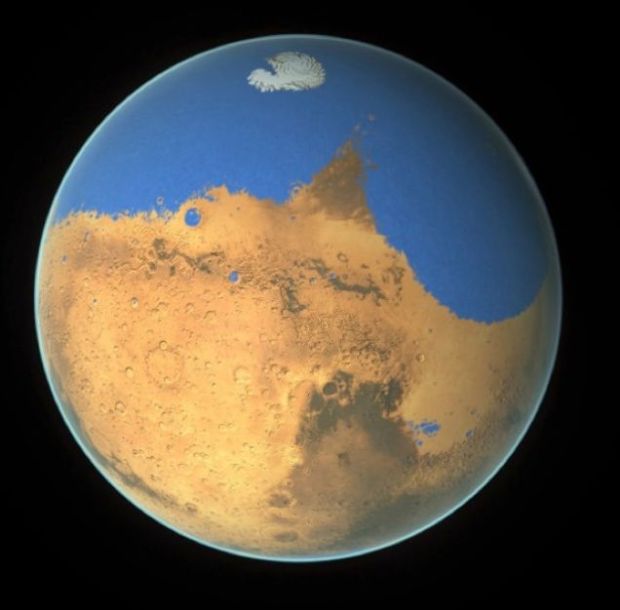 Those brilliant scientists at NASA have determined that Mars once had an ocean — a deep ocean — that covered nearly half the planet. This means it was warm enough for life (meaning us), and it may have actually been home to life.

I’m not one who thinks that Earth alone is the be-all and end-all of life. I do believe that life is special and rare, though. Could this mean that our next door neighbor was teeming with life?

Possibly. If the NASA scientists are right, then there was liquid water—a prerequisite for life—and time enough for life to develop. What that life on Mars would have looked like is anyone’s guess.