How do you write a book about a dense subculture and make it accessible to a wider audience. I don’t know that trick, but Ernest Cline, the writer of the book Ready Player 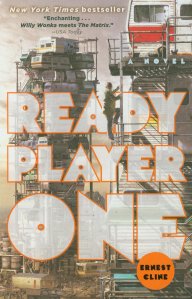 One does. Somehow he managed to take the incredibly detailed world of video games and obscure Japanese anime, and make novices like myself care.

Ready Player One is best described as Charlie and the Chocolate Factory meets Tron. The story takes place in 2044 in a world that’s suffering from a significant depression. While the people’s real world is dystopic to the max, they have an out — OASIS. Created by James Halliday, OASIS is virtual reality perfected. As such, most people in the miserable real word spend all their time and money in OASIS. Halliday dies, and his virtual perfection is threatened by the evil conglomerate IOI, which wants to corporatize OASIS.

But Halliday left a plan in place. He established a hunt — Easter eggs hidden throughout his vast virtual universe. Whoever finds these Easter eggs will inherit 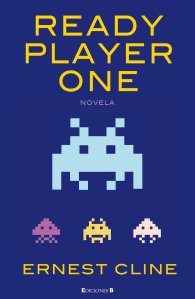 OASIS. Here comes our hero, teenager Wade Watts (who also narrates the story). A video game fanatic, Wade, who goes by the name Parzival in OASIS, is among the scores determined to find these Easter eggs. Halliday, it turns out, was a fanatic of all things from the 1980s — music, movies, TV shows both foreign and domestic. Wade spends years geeking out and studying this era, as well as mastering the video games of that time.

Ready Player One centers around Wade’s exploits as he solves Halliday’s riddles. But he’s not the only one. Questing alongside him are his vfriend Aech (pronounced H), famous blogger Art3mis, who he has a crush on, and a pair of Japanese dudes — and all of these people he’s only met in OASIS, never in the real world. As this rag-tag group progresses, they must also battle the genuinely evil conglomerate IOI, which uses all its resources to win control of Halliday’s empire.

So now the breakdown:

–Wade/Parzival is an engaging narrator. Cline writes Wade with an assured and consistent voice. Wade is one of my favorite types of hero: the ordinary guy who rises to extraordinary circumstances. Keep your crusading CIA/FBI/forensic detectives. Give me more Wades.

–This book is a page turner. I am a slow reader. I read this 300 page book in a week. That is light speed for me. There were times when I did not want to put my Kindle down and get off the train. That good.

–I’m pretty agnostic when it comes to video games. I enjoy playing them, but I’ve never been a fanatic. If there’s one around, I’ll play, as long as it’s not too complicated. Ready Player One reads like it was written by someone who lives and breathes video games. Normally I wouldn’t be interested. Why would I care on that deep level? But by using an engaging narrator and a high-stakes plot, Cline makes the world of gaming accessible…and interesting.

–By peppering Ready Player One with a range of cultural references and tasks, Cline keeps the story interesting. For instance, one task involves Wade/Parzival having to play the Matthew Broderick role in a virtual reenactment of the movie War Games. Pretty damn inventive.

—Ready Player One ends. There is no cliffhanger forcing me to wait, or pony up to read. Cline leaves ample room for a sequel if desired, but he doesn’t pull a literary bait and switch, where the end isn’t really the end. Save the sequels for book two, not book one.

And the not so good…

–Cline spends a lot of time in the beginning building his world. The first fifty pages are exposition heavy and not as interesting as the rest of the book.

–With all the careful world building, I had a hard time blindly accepting that these people could spend hours and hours in their virtual reality gear (no food or drink, no bathroom breaks, no sleep).

But these are minor points. Ready Player One isn’t a book I would normally pick up, and I’m glad I did. I’m not the only fan — none other than the 1980s icon of film making Steven Spielberg plans to direct the movie version. I can’t wait to see how that turns out.