Horror/suspense fans out there, I’m talking to you.

Admit it. We love watching scary edge-of-your-seat movies for the same reason we love roller coasters: that rush of adrenaline, that supreme thrill that gushes through your body when fear jumps right out at you. I know I do.

Lord knows there are way too many chilling, thrilling moments on TV and in the movies (mostly movies) to catalog them all, but Flavorwire has taken the brave and controversial step of compiling the top 12. And they’ve done a solid job.

Among the better choices (and the ones that definitely made me jump the first time I saw them):

–The reveal of the demon-eyed urchin in Rosemary’s Baby

–The gut-busting birth of the baby alien in Alien

–And the final scene at the grave in Carrie

All great choices. All iconic images. But for me, one of the most terrifying moments came in a movie that was hyped, if not overhyped, when it first came out. 1999s The Blair Witch Project was made on a shoestring budget. It was the first movie (or at least the most prominent) to be filmed and marketed as “found footage.” Sure, now it’s a cliche, but back then it was a novelty. And what got me about it was that so much of the movie took place in darkness and shadows. When we finally saw the big bad (or at least some version of it) at the end, though still grainy and dark, it was a shock. I definitely jumped out of my seat.

So for me, believe it or not, the low-budget nearly forgotten flick The Blair Witch Project gets my vote for scariest on-screen moment.

What are you most afraid of? Spiders? Dogs? Death? Loneliness?

Chances are, whatever your fear is, it’s been dramatized. Horror stories are about laying bare our fears. Think of some of the most notable horror stories and at their root you can find a fear.

–Bram Stoker’s Dracula is about the fear of sex and sexuality, a direct reflection of the repressed Victorian era

—Jaws is not only about a fear of sharks, but it touches on a primal fear of our vulnerability to deadly creatures that lurk in the deep

One thing that always frightened me is mental illness, especially the kind that leads to delusions. I know this type of mental illness has a physiological underpinning, but it still disturbs me on a core level. I incorporated my own fear into my new novella, House of Flies. 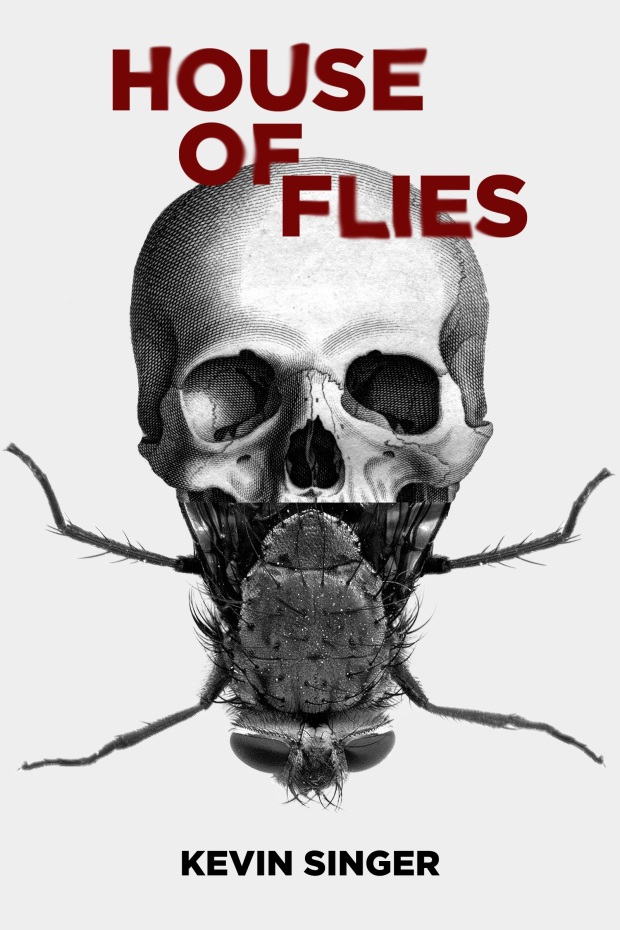 The plot: 19-year-old Alec Pearson, recently orphaned, lives in a huge house and has all the money he could need. Then he starts seeing flies. These aren’t ordinary flies; they carry with them dark visions. He tries to fight the flies but he fears he’s losing his mind. Finally he takes a drastic step to rid himself of the madness around him.

I used a common horror trope—insects, specifically flies—as a way to dramatize Alec’s plight. Insects creep most people out, so it’s a built in special effect. The whole point of the story, though, was to discover how suppressing emotions—grief in this instance—can push you to the brink of madness.

Writers are lucky. We have a vehicle to explore our fears, examine them, and work through them in a way that not only benefits us, but hopefully entertain others. If you have the chance, check out House of Flies.

When I was eight my parents took me to see the classic horror flick Alien in the movie theater. Little did they know what they were getting themselves–and me–into. They were sure I’d be terrified, but I barely flinched through the horror and gore

(except for the iconic spaghetti scene, where the baby alien bursts through John Hurt’s stomach).

Maybe that’s because a few years earlier I was terrified by the flesh-eating zombies in George Romero’s Night of the Living Dead–and thus inoculated–from horror.

Nevertheless, the Alien franchise features some of the scariest, awe-inspiring monsters. These are creatures that use

humans not for food but as breeding pods, suffering through slow, agonizing deaths. Very much an H.P Lovecraft view of horror: the alien monster as a destroying force that gives no consideration to our humanity in pursuit of its destruction.

It turns out, once again, that nature parallels these horrors. 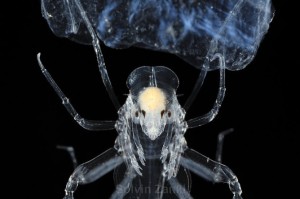 Take this parasite called Phironima. According to this article, it is thought to be the inspiration for the Alien monster.

And with good reason.

This tiny parasite lives in the ocean. It survives and thrives by attacking free-floating zooplankton. First it carves out the zooplankton’s insides. Then it climbs in and uses the hollowed out creature as its transport.

It’s not clear whether the Phironima kills the zooplankton, but the parallels to the Alien xenomorph are blood-curdlingly clear: a monstrous-looking creature alters and destroys another to use for its own benefit.