The SyFy original was more than I thought it would be, but will the lack of character (and viewers) be its downfall? 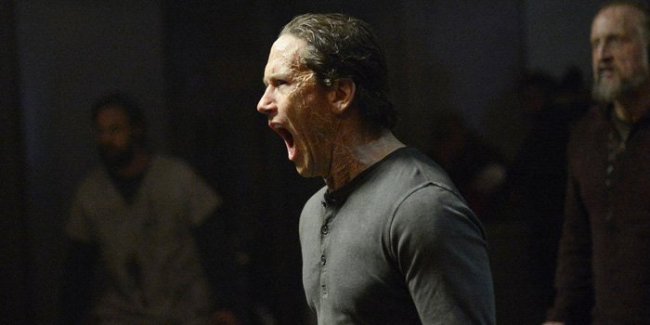 One episode left for SyFy’s 13-episode sci-fi series Helix. No word yet on whether it will be renewed. Knowing SyFy, we may never see Helix again, which would be a shame.

When Helix was first launched, I was intrigued. Was it a zombie story? A medical procedural? Knowing it was produced by Battlestar Galactica‘s Ronald D. Moore was a plus, but so what?

Over the past 12 episodes I’ve been surprised. It was not at all what I expected. The writers of Helix have seeded intrigue steadily and consistently, with more than enough plot twists to keep me coming back.

–About those “zombies” – I would liken them more to vampires in the sense that the infected don’t die and come back to life, but turn. And what do they turn into? A sort of hive collective. Think bees, or ants – parts of a whole. A snippet of dialogue explained that the virus appears to be acting in concert, across the bodies of the infected. Kind of like Star Trek‘s Borg collective. It’s a cool twist on an old trope. I loved when one of the infected spit a mouthful of blood into the Keep Calm mug. 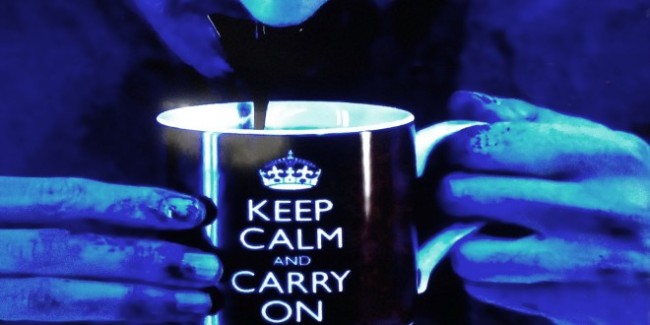 –The writers have built layers of mythology, the most notable being the identity of the company that is funding Dr. Hatake’s research: the Ilaria Corporation. Their rep was Constance Sutton, overacted by Jeri Ryan, who didn’t fare too well against a desperate Hatake. Now we know that Ilaria is populated by 500 “immortals.” Like Hatake. And… his daughter.

–And that would be Julia Walker. Sure, it was a soap opera move reminiscent of Star Wars, but I bought it. The reveal of Julia Walker as Hatake’s daughter was telegraphed, and it made sense in terms of Hatake’s motivations and actions. It explained his preoccupation with her, as well as the fact that he rescued her from the infected-zombielike fate by making her “immortal” too. 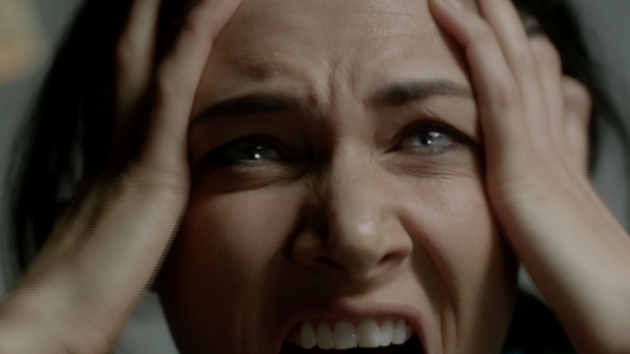 –But what about this immortality? Is it a fact? Why? Where did it come from? And what does it have to do with the Narvik A virus, the one that’s creating the hive-minded people? Could it be that Ilaria and the 500 want to rid the world of those annoying mortals forever? But is that the best way?

–Speaking of pesky mortals, we’ve got a mixed bag of semi-developed characters, which is Helix‘s glaring weakness. Crusading CDC researcher Sarah Jordan has been on death’s door for a few episodes now, and honestly I don’t care. Peter Farragut was healed, but he was more interesting as a viral. Alan Farragut is noble but cardboard. The only characters who have moderately interested me are Julia Walker, Hatake, his stolen/adopted son Daniel, and the evil-but-trying-to be good Sergio Balleseros. Compare Helix to Lost: Lost made you care about the characters, whatever nonsensical craziness happened on that island. Helix struggles to make us care. 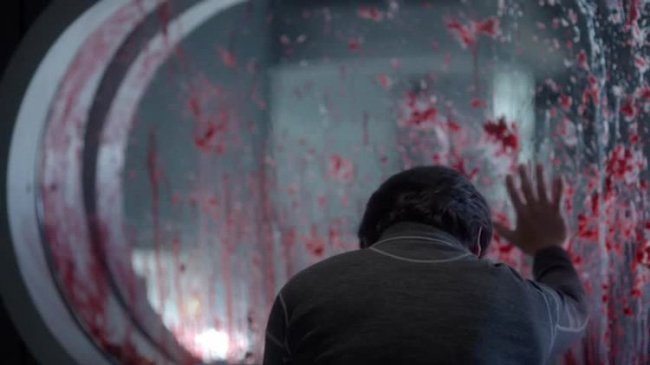 –But then there’s the storytelling. While Helix fails in characterization, it excels in plot and pacing. It is consistent in giving me just enough to hook me. The plot twists keep me off-balance. The visuals are stilted and creative. The music is moody and disturbing. Helix is a quickly moving story. Each episode spans single day, and it’s told with no flashbacks. The structure is bound and wound.

There is something subtly different about Helix. It’s not perfect, but few TV shows are. There’s only one episode left, I suspect not just for this season but for good. If this is the case, then Helix was a great experiment in tight, daring storytelling.

2 thoughts on “Helix: the last spasm?”